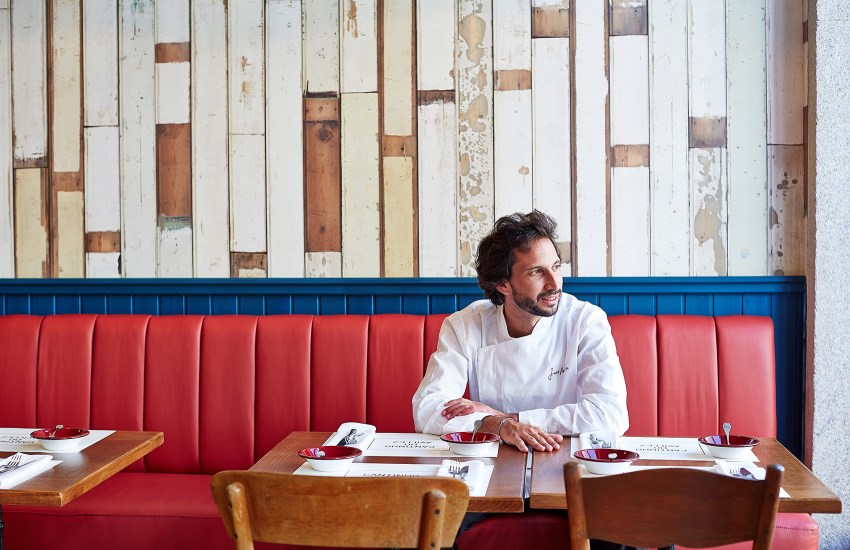 Located in Chiado, Cantinho do Avillez is a welcoming space where tradition and modernity coexist naturally.

As quality is a priority for the chef José Avillez, here nothing was left to chance.

The kitchen, mostly of Portuguese inspiration, includes influences of some trips.

The letter offers a wide variety of snacks, nails, entrees, side dishes and desserts, so that the experience Culinary may be different at each visit.

The service, friendly and informal, contributes to an environment cheerful and relaxed.

The architect Ana Anahory, which has been developing several papers in the area of restoration, and the decorator Felipa Almeida developed the interior design from the concept proposed by chef José Avillez.

Through the use of antique furniture, colorful pieces, alluding to the kitchen decorative items and reuse national tiles in some coatings, created an informal, lively and dynamic space.